You’ve probably heard that you need to know X number of words in order to speak a foreign language fluently. How many is that exactly? 500? 1,000? 5,000? 10,000? Where does this magic number come from and why does it keep coming up? If you’re trying to learn a language, you might have been given one of those charts before that says you need to learn so many words in order to be fluent. The problem is that there isn’t just one universal standard for fluency in any language. Rather, fluency comes with different levels and standards.

Now before talking about how many words you may need, we should know the difference between a “word” and a “lemma”.

A word is entered in a dictionary in the form of a “lemma”, for example “go”. This one has a variety of “forms” such as “goes, went, gone, and going”.

Counting vocabulary words is one of the most prevalent ways to assess proficiency and fluency, but it is not effective. Because of the following factors:

1- There is no precise figure for the number of vocabulary words required to demonstrate fluency.

2- It is hard to assess vocabulary size.

3- Vocabulary size is calculated in various ways by language experts.

4- Every language is unique.

6- Some words are more significant to learn than others.

7- The order in which words are learned is also critical.

Is there a minimum number of words required to be conversational?

But wait, this isn’t the end of the story.

What is the meaning of “knowing” a word?

We still haven’t answered our initial query: How Many Words Do You Need to Know to Be Fluent? We now know what a word is (somewhat), but we still have a long way to go. Next, we must determine what it means to “know” a word. Active and passive vocabulary are two kinds of vocabulary studied by language scholars. Some people believe that only words that are present in a person’s active vocabulary are known by them. Others, on the other hand, believe that all the words in their active and passive vocabularies are known by them.

Some words are more significant to learn than others:

The typical native speaker knows between 15,000 and 20,000 word families – or lemmas – in their first language.

Is it feasible for a person who can hold a good conversation in a second language to know 15,000 to 20,000 words? It’s doubtful.

Research in Taiwan discovered that after nine years of studying a foreign language, half of the students had not mastered the 1,000 most frequently used words.

Finding out what restricting your native language to the 1,000 most common words would be like is easy with Theo Sanderson’s website, where you can test your linguistic abilities or their lack thereof.

Learning the right words in the right order is important. 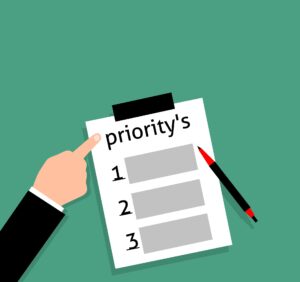 Rather than trying to learn as many new words as quickly as possible, pay attention to which words you should learn first to accelerate your language learning. Start with words that will benefit you the most. For example, English comprises about 95 percent of daily conversations from a stock of only 3,000 words. You may take a shortcut to being able to hold everyday discussion by starting with a list of the most widely used words.

The Pareto Principle can help you become fluent:

The majority of results are generated by a minority of input, as illustrated by the Pareto Principle. These are some examples:

The Pareto Principle in language learning means that 20% of what you learn contributes 80% of your total improvement. If you concentrate on these things, your total output will increase. As you learn more and more, the things that are truly important for your learning are less and less in number.

Prior to learning a new language, you must establish a foundation of frequently used terms. It’s not critical to know advanced words or a large number of words when you begin learning a language.

Is counting words on your path to fluency a good idea?

The more familiar you are with common words and definitions, the more efficiently you’ll be able to absorb the language. As you read and hear more words in your new language, you’ll gain a better understanding of new words and new meanings. This process is similar to the one you went through as a child when you first learned your native language. The more you are exposed to your new language, the more proficient you will be at using it.

How many words you should learn to become fluent is unknown. You should concentrate on learning the most commonly used words instead of counting them. Your time and effort should be invested where it will have the greatest impact. When you concentrate on mastering the most frequently used words in your language, then let your natural language-learning ability take over.

How Many Words Do You Need to Be Fluent? [Answered]